It was one of the world's shortest pregnancies that resulted in a nine pound, twelve(ish) ounce baby. I was astonished to discover I was pregnant in June of 2006. It was a Monday, around 8:15 in the morning. I had been feeling sort of off-ish for a long time, and had decided the night before that I would call my doctor. But after thinking about How Things Actually Work at the doctor's office, and weighing all the information I had written down on my handy-dandy info card, it seemed clear to me that the first thing they would do upon my arrival would be to Collect A Sample.

You know, to see if I was knocked up.

I decided to save them the trouble of billing my insurance for the pee stick, and rummaged around in my medicine cabinet for an extra.

I unwrapped the thing, assumed the position, and EVEN BEFORE THE WET HIT THE STICK, the second line appeared. Just being in close proximity to my HGC-exuding vagina was enough to tip that stick off. I'm only slightly exaggerating here. Actually, the liquid had not traveled far enough up the stick to make it appear wettish when the second line appeared.

I went to the doctor on Tuesday.

Yep, she said, you're pregnant.

So, you're having a baby!
the cute ultrasound girl said on Wednesday.

Meh. I have a baby right now. He's not one yet.
I'm just hoping that this baby still looks like a bean.
Or an alien.

(Cute Ultrasound Girl squirts the goo on my belly,
then on the Magic Wand, then places the Wand on my belly.)

That's no alien. That is an enormous baby. Oh crap.
How much baby would you say that is?

That's a lot of baby.
Let's see...the machine pegs you at 17 weeks, 5 days,
so you'll be due around Thanksgiving.

Wow. That's like 23 weeks away. That is an enormous baby. 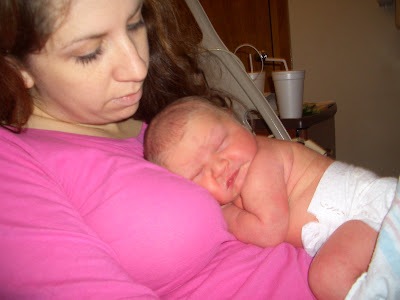 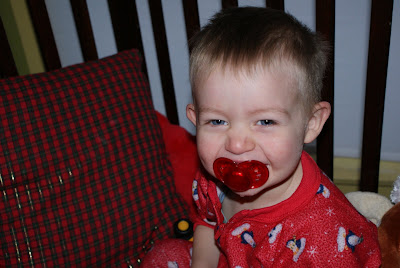 Today, when he got up, I asked him what he wanted for breakfast.
A present, he said with a grin. 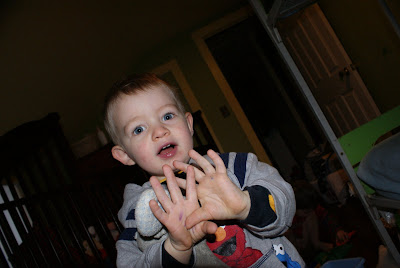 How old are you?
I five. 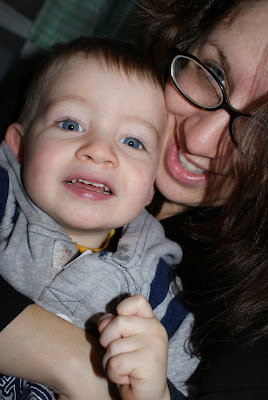 Send help, please.
My mama won't let go of me. 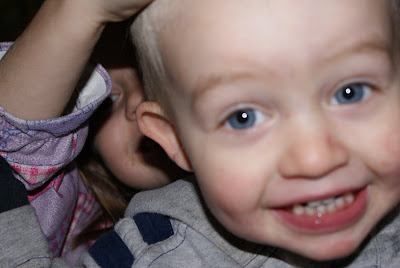 See how much cuter I am today than when I came out?
I am like a good cheese.
Ball.
I'm a cheeseball. 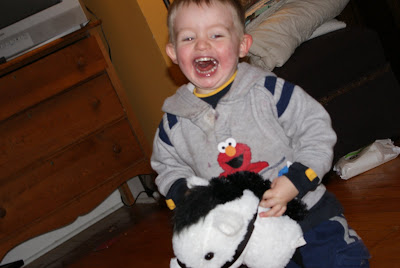 And this? Is the best present ever.
From Wee Man, who was tired of beating
the snot out of HB for taking *his* horsey.
It was Wee Man's own idea.